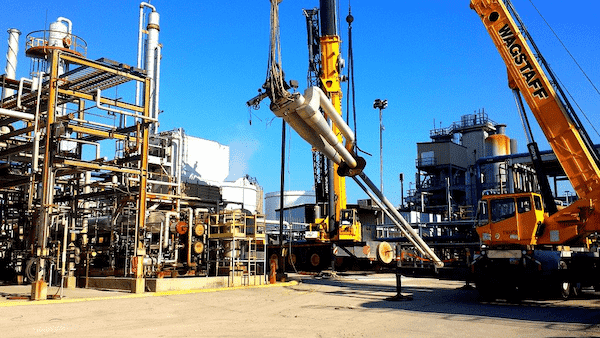 Non-productive time (NTP) is a big issue in the oil and gas industry. When a drilling operation grinds to a halt, time is wasted, money is wasted, budgets overrun, there are breakdowns to deal with and a whole host of other problems and inefficiencies.

Indeed, unplanned shutdowns cost the oil and gas industry billions every year. According to figures cited in IoT Now, a massive 92% of shutdowns are unplanned and downtime is most costly when it’s unexpected. Equipment failures are the most common culprit – the US Department of Energy reported 1,700 shutdowns at refineries between 2006 and 2017, 46% of which were due to mechanical breakdowns. These forced shutdowns cost oil and gas companies an average of $42 million a year and up to $88 million a year in the worst case scenarios.

In addition, unplanned downtime has a big impact on safety. As noted in the Inspectioneering Journal, “Historically, the majority of the accidents in the oil and gas industry have occurred during turnarounds (TARs) or major maintenance activities. During these activities, there are more people onsite and most of them are engaged in non-standard operations, such as cleaning, flushing, welding, and repairing equipment.”

Optimizing inspection programs to improve the detection of asset downtime events can mitigate both economic and safety risks for oil and gas companies. Even eliminating just a portion the events that lead to extended bouts of non-productive time can add millions to the bottom line and provide a safer working environment for engineers. As such, more and more organizations are moving from time-based inspection (TBI) to a risk-based inspection (RBI) approach to improve reliability and safety while reducing unplanned shutdowns, capacity losses and repair costs.

What Is Risk-Based Inspection?

Risk-based inspection is an inspection methodology used to prioritize assets for inspection based on their probability of failure and the consequences associated with their failure – i.e. their risk. This differs from traditional time-based inspection programs, which simply take a routine approach to equipment inspections.

By prioritizing assets in this way, risk-based inspection maximizes resources. Rather than focusing on assets that have inconsequential risks and conducting regular inspections that are not necessary, RBI ensures that inspection resources are used more cost-effectively, giving you better visibility into the health of your most critical assets, while increasing efficiency, improving safety, and reducing non-productive time. 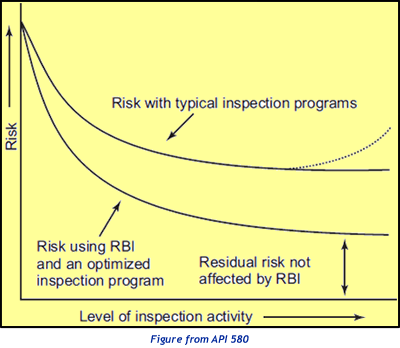 Probability of Failure refers to the likelihood a piece of equipment will fail at a given time. A risk-based inspection program will incorporate PoF analyses to evaluate potential damage mechanisms individual pieces of equipment could be susceptible to, as well as the general frequency of failures, and all other potentials that pose a risk to the equipment.

The Benefits of Risk-Based Inspection

The combination of probability and consequence is an extremely effective methodology for identifying which equipment warrants the most attention. Prioritizing high-risk equipment allows for the best allocation of limited resources – to put it simply, assets that pose the highest risk are inspected most frequently, while lower-risk assets can be inspected at longer intervals.

In this way, the risk-based inspection approach provides the basis for making informed decisions about inspection frequency and the extent of inspection on individual pieces of equipment. This is a far better approach to blanket time-based inspection, which wastes time and resources on many unnecessary inspections while missing inspections that are critical.

The Inspectioneering Journal highlights a case in point where RBI was used to optimize inspection frequencies and reduce turnaround (TAR) exposure for an oil and gas company. TARs are a major source of costs in oil and gas, as revenue is greatly impacted due to the fact that the facility is non-operational. Reducing the duration of TAR-induced non-productive time while maintaining safety is therefore crucial.

Previously, on a time-based inspection schedule which covered the inspection of every single piece of equipment, the TAR duration for the oil and gas company was eight weeks and required a maintenance and inspection crew of over 100 people. The process ate up 67,000 man-hours, during which all personnel were exposed to high-risk TAR conditions. By switching to the risk-based inspection approach, the company was able to identify and remove a large number of unnecessary inspections from the TAR scope.

In addition, numerous inspections were identified that could be completed online at any time, so these were also removed. As a result, the TAR scope was reduced to about 30% of the original – the duration to 15 days, the number of personnel required to about 30-35 people, and the total number of hours of exposure to TAR conditions to around 6,300.

Risk-based inspection also helps to extend inspection intervals, increase availability and reduce costs. Since RBI assessments identify equipment that poses minimal or no risk, inspection and maintenance activities can be optimized for maximum efficiency and cost-effectiveness. Low-risk assets require low inspection coverage. As such, prioritizing resources towards higher-risk equipment – while minimizing inspections on non-critical assets – streamlines maintenance and ultimately reduces the number of inspections that are executed. This not only reduces costs, but increases asset availability because A: high-risk assets are given the most attention plus B: non-productive time is reduced due to an optimized TAR schedule. 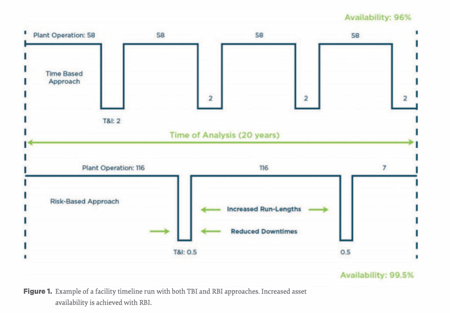 When implemented effectively, a risk-based inspection program can reduce non-productive time and unlock numerous efficiency benefits to oil and gas companies. It allows you to gain a greater understanding of your risks and maintain business operations by focusing on those that threaten your critical processes.

At FTQ360, we understand the challenges of controlling oil and gas inspections and documenting the exact details – especially when lives, the environment and millions of dollars are at stake. The FTQ360 quality management software platform is designed to optimize your inspection processes. With FTQ360, everything you need to meet demanding oil and gas inspection requirements is included, allowing you to plan, manage and control your inspections, simplify your processes, streamline your communications, and make better decisions with powerful analytics.

Find out more on our Oil and Gas page, get in touch to speak to our team or request a software demo today.

What to Do When Your Quality Inspections Aren’t Being Done

Embracing Digital Transformation in the Oil and Gas Industry